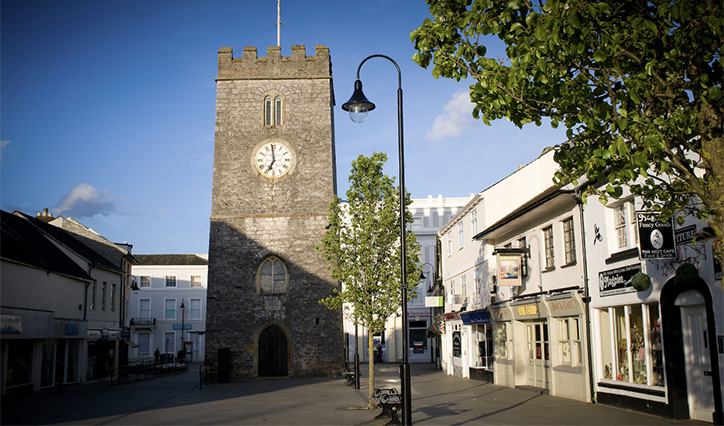 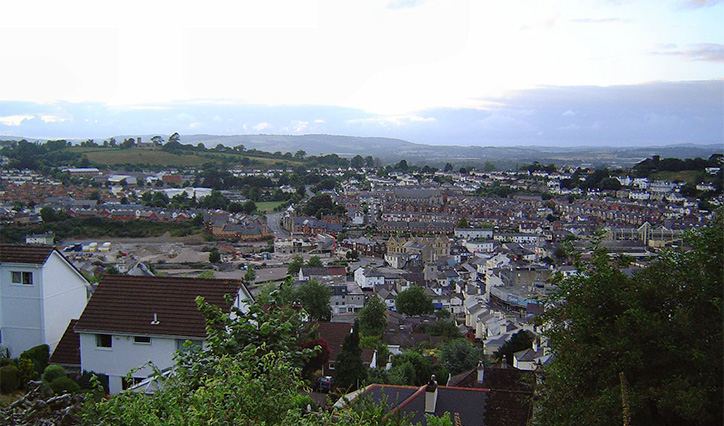 The Town Council runs the Town Hall and adjoining Newton Abbot Town and GWR Museum as well as maintaining the Town Quay, the war memorial in Queen Street, St Leonard`s clock tower, bus shelters, local footpaths and seats. It organises events such as the annual Britain in Bloom competition, Barham Cup rowing race, the Cheese and Onion Fayre, Town Criers` competition, the christmas Victorian Evening and the Newton Abbot Carnival (through the Newton Abbot Carnival Committee).
It has a newsletter `The Newton Flyer` which it produces and distributes to most homes in Newton Abbot three times a year. It contains articles and pictures on important and topical town issues and events.
The Town Council has its own website which contains a wealth of local information, and is updated regualarly, agendas for meetings are listed here, and minutes are included within ten days of a meeting, other information leaflets from The Town Hall can also be downloaded from the site.
The Council has six allotment fields, five adminstered by the Newton Abbot and District Co-Operative Allotments Association, sited at Coach Road, Blakes Field, Cooks Field, Bradley`s Field, Decoy and Vicary`s Field.
The Council also gives small grants and environmental grants to local organisations annually, all applications must be submitted by September 30 for consideration by October for the October Grants Sub-Committee.
There are 18 councillors in five wards - Bradley, Buckland, Bushell, College and Milber, covering a population of some 19,000 electors. The Full Council meets five times a year, on a Wednesday in the Town Hall at 7pm.
Its main committees also meet on a Wednesday, except for planning, which meets every three weeks on a Tuesday. All meetings are open to the public with any public participation held at the begining of the meeting.
Newton Abbot Town Council in 2009, adopted a town flag, which will be flown from the council offices in Devon Square. It can also be used by local business and incorporates the new St. Leonard`s Tower Tower Logo into the standard Devon county flag. The flag was described by Cllr Henry Cole as "green for the Moors, black and white for the clay" it also represents the ancient town cross roads, respectively for Exeter and London, BoveyTracey and the moors, Totnes and Plymouth and Torquay/Brixham. 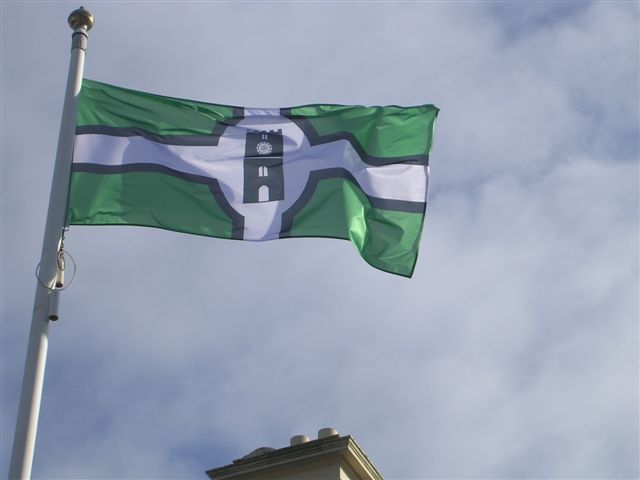